Amazing result for the Blues and Greens.
St Cleve United swept to glory at the inter-parish soccer final last week at the Community Sports
Ground. In spite of injuries taking their toll on two of the older players, Andrew Lancome and
Jamie Dinnerman, the rest of the team including reserve stalwarts F. Thrushton and P. Slumbert set
about systematically destroying the opposition in the later minutes of the first half.

A foolish off-side from McCernick, Captain of opposing team Clutterbury Academicals, brought
about a free kick and the subsequent goal to set the pace anew. In quick succession, further goals
were scored by Tompkins Minor and first-time player Matt Bostock, son of recent resident and ex-
MP, Gerald.

While the academics tried to restore both dignity and fighting spirit in the second half, there was
nothing, finally, to stop the ball settling comfortably in the back of the net twice more, courtesy of
Slumbert and Tompkins. That's football.

The final whistle brought closure and the 4 - 0 win for the local boys and Clutterbury took their
places on the bus home with heads hung and to the unsympathetic jeers of a few supporters. A
limping A. J. Lancome, on behalf of the winners, hoisted the silverware high as they made their way
back to the Community Hall for hot crumpet and Waitrose's best Elderflower cordial.

A hastily constructed pitch and putt 9-hole mini golf course in the grounds of Cruddock Hall created huge support and a brilliant day out in the Spring sun for the eighty, or so, would-be Tiger Woods who attended the event. Spread over the day, and armed with only a putter and a number five iron, the players thrashed their way around the course in teams of four. Mark Slibbeth, Tim Thorne, Jake Crake and surprise entrant Oona Karparc clocked up a team score of 105 and, in the final play-off against the next best team, a resounding 103. Ms Karparc revealed afterwards that she had been Young Ladies Champion in her high-school years in Riga. Entrance fees of £15.00, less the cost of constructing the makeshift but eminently-serviceable course constructed by A. J. Lancome
Contractors and his machinery ensured a good profit for the Youth Centre where the welcome funds are to be used for a cage-fighting facility and courses in combat sarcasm, to be taught by pacifist Tim Thorne. 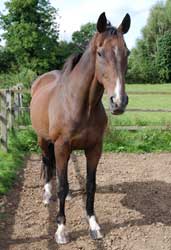 Point to Point.
Amateur jockey enthusiasts will be delighted to hear of the Cruddock Hall course reinstatement after the pitch and putt match. Local farmers and members of the Hunt will be hoping to compete with the previous jockeying supremacy of Paul Slumbert on his mount, Kloppety. The park will be open to the public in advance of the day and a good number of retailers and catering providers are expected to liven up the occasion for all the family. Book in advance for car parking and entrance. Contact The Secretary, Cruddock Hall Point To Point. Tel. 01312 254878 or buy tickets at the
Cruddock Park Visitor Reception Office at any time, Mon - Sat 09.00 - 17.00.


Fencing Final.
Bryce Dickens, has announced his retirement after an unconvincing win in the Cross-County
Fencing Championship. Dickens originally placed second but, after the disqualification of Tarquin
M Spindle, was given the title. Spindle had been guilty, the judges decided, of abusive language and
taunting his opponent by humming Iron Maiden songs and making loud cabin announcements of an
inappropriate nature. Dickens complained to judges and his protests were upheld. Angry winner
Bryce spoke to StCleve.com after the bout and announced his intention to borrow a friend's Boeing
757 and "slope off for a bit." Captain Dickens of BryceAir International Airlines gives flying
lessons at nearby Linwell Air Park in both Cessna trainers and an old Convair 440 which he is
restoring. 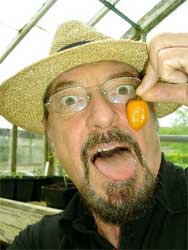 Hot Chile Contest.
While not officially yet classified as a sport, Hot Chile eating is fast becoming a local and even national pastime. Given the number of injuries and the competitive nature of the gladiatorial battles between both macho men and pain-impervious female combatants, it is expected to be given official Olympic Games status in 2024. Local chile-heads were out in force in the Community Centre for the first meeting of the St Cleve Habanero Club and a variety of Bhut Jolokia, Dorset Naga, Habanero and Scotch Bonnet varieties were consumed by the several contestants. Ms Rupi Pathak
took first place with 17 Bhut Jolokia consumed in the allowable 120 seconds with Ian Anderson a distant second with 9. Ms Pathak is expected to be released from Bristol Royal Infirmary in a few days at the time of writing.

The content of StCleve.com ©is protected under the copyright controls of the United Kingdom, enforced by Web-secure-it Ltd, UK. Unauthorised users of text and images will be prosecuted really quite seriously, without delay or remorse. Extradition, a distinct possibility