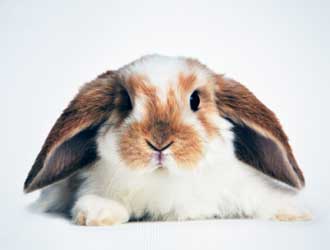 Smother Them With Love.
Teach your children to respect adults and animals in a nurturing family environment. Joyce Vulture offers consultations in your home with time to reflect and work through the day's problems
afterwards. Live Pygmy Deep-fluff Rabbits are presented to the child and mild electro-therapy introduced gradually as a behaviour moderator as required. Ms Vulture has written three books on Child Psychology and a recent self-help volume for 3-year-olds. Electro-Therapeutics ™ is proven to instigate loving and responsible ways in parent and child alike.

How To Help the Aged.
We all must wonder, now and then, if things had turned out differently. Might we have lived in contented calm with family and friends to support us in older age or been
thrust into the underbelly of isolation and neglect?

T. Parritt can advise families of the Three Parishes in bringing joy to the hearts of the elderly. Book
readings, charades, iPad tuition and self-respect indoctrination are amongst the tools we bring to
bear in the community. Self-cleaning underwear and youth hormone replacement therapy are
additional options. Call Tarquin on 01312 667776 or email to T.Parritt@holdbacktheyears.co.uk.
And, in case there is even a hint of patronising or belittling attitude, we give constant reminders to
all of our community partners and helpers under the age of 49, that the aged can can teach us spring
chickens a thing or three. Our senior community member, Lottie Pollock (89) has recently
completed an Open University course in Photography and is hopeful of becoming a world-famous
reotic nude photographer as soon as she can save enough to purchase a Nikon D3x which is aimed
at the most demanding professional photographer. It has 51 AF points and can shoot full resolution
photos at a top speed of five frames per second. The body is made from a magnesium alloy and is
resistant to moisture, dust and shock.

Katie Pickles-Coleman (92) saw a application for astronaut training in the North Somerset Gazette
and Herald three years ago. After applying to NASA, the world's leader in space and aeronautics, 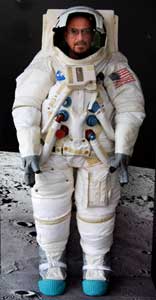 they replied that they were always seeking outstanding scientists, engineers, and other talented professionals to carry forward the great discovery process that its mission demands. They required creativity, ambition, teamwork and a sense of daring. Oh, yes - and a probing mind. That's what it took to join NASA, one of the best places to work in the Federal Government. The National Aeronautics and Space Administration (NASA) had then, and has now, a need for Astronaut Candidates to support the International Space Station (ISS) Program and future deep space exploration activities. Trainee Astronaut Pickles is now receiving final health checks at the Baikonur cosmodrome in Kazakhstan where a The Soyuz TMA-22 will shortly lift off on a 5 month mission to the ISS. Taking with her only a toothbrush, decorative glass paperweight (useful in the weightless conditions of low earth orbit) several Jethro Tull CDs and a borrowed flute, she will be a part of a 6-person International crew including Italian Special Forces veteran, Paulo Nescafé (31)
who holds the Zero-G breakdancing record gained on a previous Shuttle mission. Our Katie has her sights set on the Mars manned mission planned for 2025. Commander Nescafé quipped, “I don't know what they put in her Geritol, but I'm having some....”

Old-timer Ian Anderson (64 and ¾) has embarked on a round-Britain mono-cycle race prior to his world tour performing in concerts with his pop group. His recent concerts in a deep, disused salt mine in Germany and at the High Groovers Disco and Rave Klub in La Paz, Bolivia show his age doesn't slow down the extent and breadth of his efforts. Anderson is a quite contributor to a number
of local causes and has organised the Pensioner Bell-ringer Troupe in their seasonal rounds of the village. Last Christmas, they raised over £15 for OPAHLE although one of the troupe was involved in a fracas when a council bin containing rotting mackerel and other food detritus was thrown at bell-ringer (Bb and B), Dorothy Grime (86), who retaliated with a torrent of abuse and a well-aimed karate right foot. Speaking to StCleve.com after her release from the overnight cells at Flockingham Police HQ, she offered only, “No comment, scumbag,” and punched our part-time reporter Nigel Leckie. She appears before Magistrates later this month on other charges of affray. 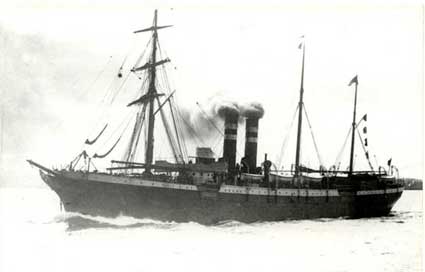 Three-master and steam ship, S. S. Begone, is set to depart from Bristol docks in a re-enactment of
the passage undertaken by thousands of English families following the Sheep-Bollock Blight and
subsequent famine in the late 1800s. Authentic period food is set to be cooked in a barbecue
supplied by a local Volvo dealership at the dockside and will include the rural delicacies, Tatties,
Neeps and Nodules while Sponge Tripe, Gout Pie and Furticulated Weasel-haunch tid-bits are to be
supplied by Morton Wood for the Dockside brunch. Ms D. Slibbert is contributing two medium
size, 24” diameter pies containing a number of secret ingredients which she claims were eaten on
board the original vessels to the New World.

US President O'Bama is celebrating his Irish roots with a welcome party for the “immigrants” on
the White House lawn in a few weeks time. Many displaced Irish farming families were also on the
“plague” ships of that time and underwent rigorous and intrusive inspections on the quayside in
New York.

St Cleve recluse, Ian Anderson, recalls similar investigations in the early 1970s on his arrival at JFK
when trousers were forcibly dropped and astonished immigration and FBI officials found...... 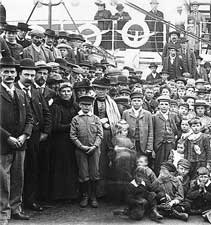 nothing at all. The large bulge (reminiscent of Derek Smalls' enthusiastic cucumber-reinforced protrusion in This Is Spinal Tap) proved to be nothing more than the accommodating doubleseamed cut of Anderson's Wigmore Street fashion house pink stretch rock trousers. A wave of palpable disappointment filled Search-room No.1 at the airport Intrusive Search Facility. Matched only by the sense of palpable relief on the part (no pun intended) of Mr A.

The President will also welcome visitors from Baltic State countries including a Latvian family of exotic folk entertainers who are all aboard the S. S. Begone to keep up morale over cocktails and Bungo. (Bungo is a traditional Italian party dance involving un-equal numbers of girls and older men, usually in a hot tub.) However, Bulger's modest sun deck swimming pool can be heated only with the addition of warm milk and malt whisky from the well-stocked bar. Ship's cat for the
voyage will be the pretty black and white moggie Talisker, recent winner of the St Cleve Cat Show. Quarantine requirements have been waived at the intervention of the President himself, provided there is full disclosure of a valid pet passport proving country of origin.

Family swapping.
A new initiative to try entire family swapping is meeting with some success in the Three Parishes.
Following experiments in wife-swapping, grandparent-swapping was next on the agenda of culturechange
but now the joys of taking on the whole of a new family are proving irresistible to some.
Names went into a hat to pick some random matches of local families but Andrew J Lancome was
heard to complain that “the whole bloody thing was rigged,” when he repeatedly failed to find a
new family to spend the Bank Holiday weekend with.

Lord Parritt himself has swapped his lovely third wife Griselda for a motley group of locals from
Girtle's Farm consisting of Mrs Lottie Girtle, Grannie Girtle, twins Frobisher and Masie Girtle, two
budgerigars, a partly-tame Llama and a Dwarf Gnu originally from the Masai Mara park in Kenya.
Griselda is having the long weekend at the cottage of Colin Girtle (59) who farms 94 acres of
grassland on the edge of Linwell. Mr Girtle has had many a run-in with the local police and
planning officers over his repeated attempts to start an intensive Gnu production unit. The Gnu - or
Wildebeest - is notorious for its musky and odious smell. Mr Girtle plans to process and bottle the
scent for use in crowd control and management situations. The pheremone-laden scent was a
distinct factor, Griselda said, in her suggesting to hubby the temporary change of address.

Aqua-lates At Cruddock Hall.
All the family are welcome at the Wednesday night Aqua-lates™ session held in the Cruddock Hall
private heated pool. The pool is thrown open to members of the De Groot Fitness Club for the
Pilates-in-the-pool exercise regime. Mix health with relaxation and a good book. Waterproofed
iPads are on loan and underwater smart-phone calls may be taken provided they are used only in the
roped-off quiet section of the pool. Spike Doolittle will be on hand to work with the older citizens
and conduct the water-music part of the evening when balletic postures and stretches are used to
tone up and support ageing and sagging flesh. No offence. Lord Parritt himself joins in from time to
time. Requests for a Wet-Bungo night are being considered for Thursdays. Swimming attire
optional.

The content of StCleve.com ©is protected under the copyright controls of the United Kingdom, enforced by Web-secure-it Ltd, UK. Unauthorised users of text and images will be prosecuted really quite seriously, without delay or remorse. Extradition, a distinct possibility